Easton, aged 13, arrived at a new school after two unsuccessful placements at other secondary schools. With help from Future Men’s Boys’ Development Programme, Easton made a positive start at the new school, improved his behavior and made good progress with his learning.

Easton arrived at a new school in year 8, following two unsuccessful placements at other secondary schools. After the first placement didn’t work out, Easton’s parents sent him to France to stay with family and attend a ‘strict’ school. Easton faced a troublesome home life, involving aggressive relationships with siblings and parenting which was austere and often unpredictable. After a run of decent reports, Easton’s family finally allowed him to return home to continue his education in London.

Unfortunately, it wasn’t long into his time at the school, that Easton was involved in an incident concerning disobedience. Following a verbal warning from the school’s director, the situation escalated, and Easton became angry and verbally hostile with his teachers and peers.

Thanks to Future Men’s Boys Development Programme, team member Ben, was on hand to help Easton, involving him in one-to-ones and the boys’ development groups.

Ben expressed honestly to Easton that his placement at the school could go ‘either way’, depending on the choices he made. As long as Easton stayed positive and focused on developed strategies for managing stressful moments, he could excel.

Easton thrived within the development group. He was honest about some of his own struggles and had wise reflections about responding to adversity for the other group members to hear. The personalities within his group were diverse, but they were supportive of one another, creating strong bonds between boys who would not otherwise have associated with each other.

Ben makes regular contact with Easton to keep track of his progress. Since Future Men’s intervention, there have been very few incidents with Easton’s behavior and the school reports he has been integrating well with peers and making strong progress in his learning.

Future Men is pleased, and proud, the vast majority of participants in Boys Development Programme state they will benefit from participation https://t.co/wUNkOWcxwX https://t.co/g0EwR5vpxD 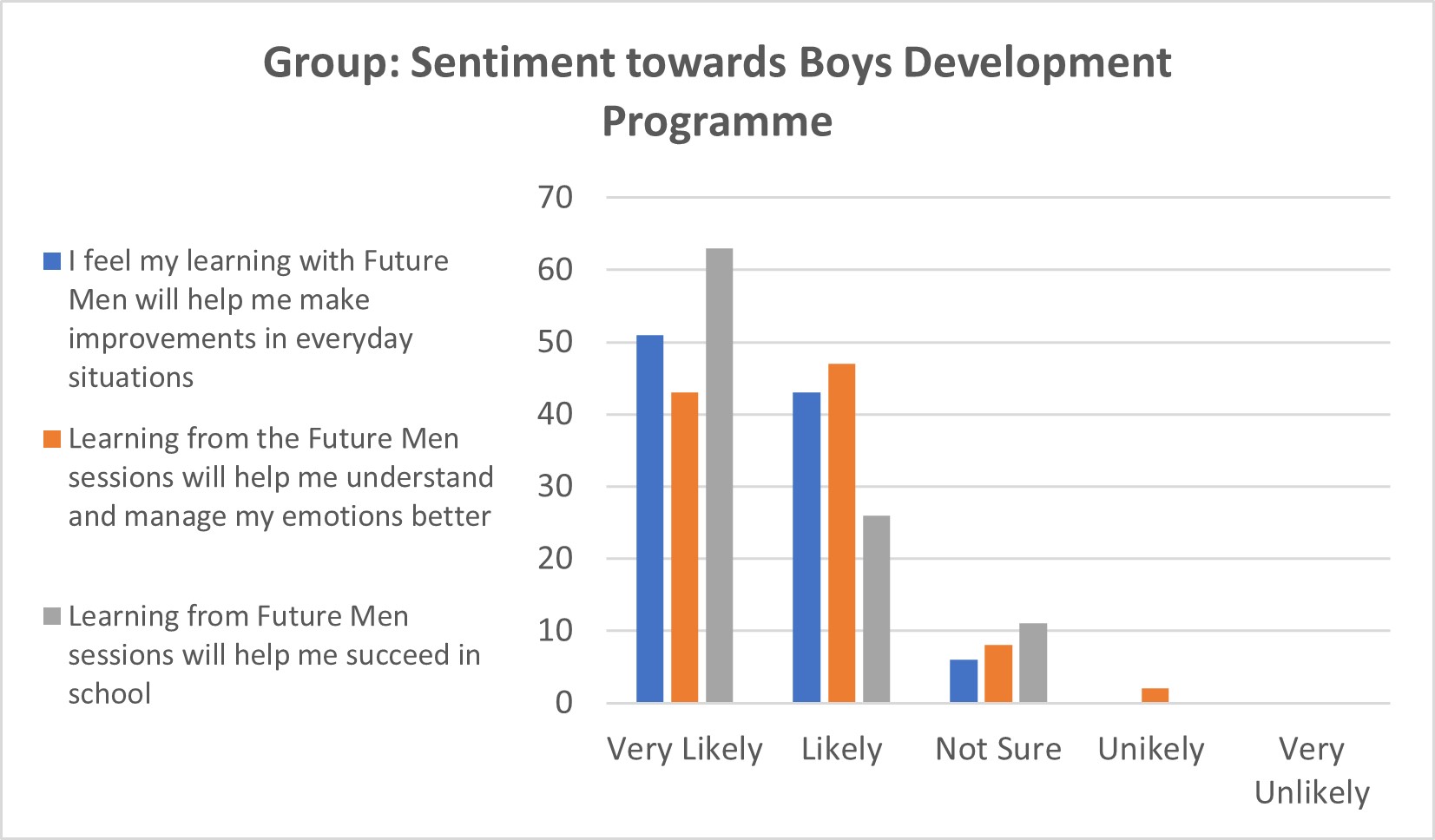 “The risk is hitting those who are already most vulnerable hardest.” https://t.co/LcnBXrP2tL #youngpeople #mentalhealth
h J R

What do #youngpeople say about Future Men's youth hubs? https://t.co/8fA8YOR9xT

"Analysis by the Prince’s Trust and HSBC also found that while some areas of the economy might begin on the road to recovery, young workers were under-represented in these sectors". https://t.co/mbgQV2bHuZ
h J R

@FutureMenUK: Future Men is recruiting! Follow the link to see more details about the opportunities to make a difference https://t.co/TznxfzzHGC
h J R