Majority(61%) of 18-24 year olds feel UK society expects a man to “man up” when faced with a challenge, according to YouGov survey from UK charity Working With Men

The research, conducted by YouGov, polled a nationally representative sample of 2,058 British adults, highlighting the public’s views on masculinity and what it means “to be a man” in the UK.

Troublingly, the results also highlighted that damaging male stereotypes are still pervasive in UK society, particularly amongst the younger generation, with a third of 18-24 year olds saying that men would feel emasculated by standing next to a woman who is taller than them.

“We strongly believe that how, and what, boys and young men learn about being a man affects how they manage their lives and relationships with others” said Christopher Muwanguzi, CEO, Working With Men.

“Often, boys still learn that being dominant, aggressive and taking risks are all necessary parts of being a man. By helping young men and boys understand that they don’t have to conform to archaic aggressive stereotypes of masculinity, we can reduce antisocial behaviour, mental health struggles, suicides, gender-based crime and domestic violence.”

Despite the survey revealing that two thirds (66%) of the British public feel that men should aspire to show empathy, a significant proportion (53%) of 18-24 year old men feel UK society expects them to never ask for emotional support, even if they need it.

“It is evident that young people recognise the pressure that young British men and boys face on a daily basis to conform to an arguably outdated view of masculinity, and how this in turn shapes the narrative of what it means to ‘be a man’ in the UK” said Christopher.

“These results show that young men and boys are being influenced by British culture to supress emotion and avoid asking for help for fear of appearing less of a man; a dangerous precedent to follow given the repercussions this has on mental health.”

The survey also found that 2 in 3 (67%) 18-24 year old men believe they are pressured to display hyper-masculine behaviour, which was significantly higher than their 45+ year old counterparts (30%). These pressures, combined with personal confusion during adolescence and other transitional times in life, can have harmful consequences for both the young men, themselves and wider society.

“In light of movements like #MeToo, recent reports highlighting the relentless harassment women and girls in the UK face on a daily basis, and the surge in gang violence, it has become clear that we need to change perceptions about what it means to be and act as a man in 2018” Christopher continued.

“Through promoting positive ways of being a man on this International Men’s Day, we can lower dominant and aggressive behaviour and challenge the narrative that these boys have grown up believing.”

The men of the future

Despite many agreeing that society puts overwhelming pressure on young men and boys, the future is positive. The majority of the British public believe the most important qualities for men to aspire to have are solving problems without hurting others (70%) and treating all people equally (70%).

When asked which attributes make a good father, the top 5 attributes listed by the British public were:

Working With Men aims to both increase the number of boys and young men who are achieving their potential, and transform the culture of society. The charity supports boys and young men through evidence-based structured school and youth project programmes and individual case and group work. But, at a time when the concept of masculinity is being reframed, Working With Men now wants to evolve the organisation to tackle the root-causes of the many issues faced by men and boys today and address the pressures they face.

All figures, unless otherwise stated, are from YouGov Plc.  Total sample size was 2058 adults. Fieldwork was undertaken between 24th – 25th October 2018.  The survey was carried out online. The figures have been weighted and are representative of all GB adults (aged 18+).

The impact of school exclusion can be life-changing. It is imperative to have accurate data to be able to understand risk factors, formulate policies and consider strategic responses. https://t.co/EbS5G9vmCp
h J R

This is one for the radar, "Mental Health of Children and Young People in England - 2021 - follow-up to the 2017 survey". There will be a lot of data and stories to come from this report. https://t.co/IygKJ6XpIn #mentalhealth #youngpeople
h J R

@Partisan_cic: Y'day we had some interesting convos with 8 YP from @FutureMenUK over food. Relationships, sexuality, mental health, culture,diversity and difference were all explored. Next week they want to take us on a tour of their estate, to continue to help us to see life through their lens
h J R

@YoungWestminstr: It's #MemberMonday and the brilliant @FutureMenUK are looking for new team members! Join their Youth Hubs across Westminster or become a Project Coordinator supporting local school pupils in the borough. 👉 Find out more about all roles: https://t.co/S2yfpHzbJs https://t.co/18Xn2mMjiX 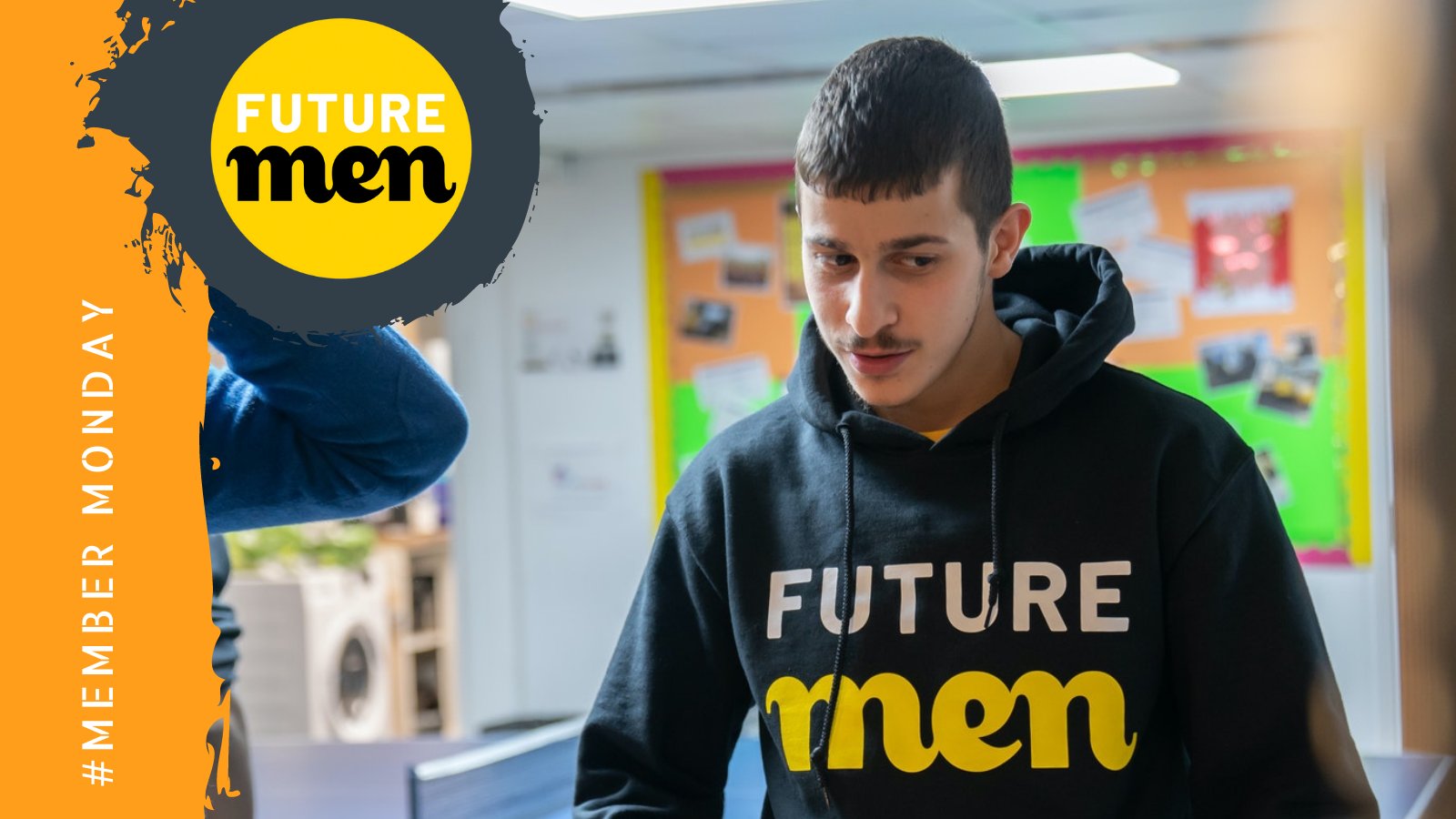 It is important to remember, that behind every statistic are the people affected https://t.co/2DZv0Hqp6X
h J R